Oreganik LLC was incorporated May 31 of this year, and development on Chess Heroes started the next day. In the following seven months, I reached several major milestones. Though I fell short of my goal of a completed product by the end of the year, a huge amount of work was accomplished, and I believe the next three months will see the profile of Chess Heroes rise tremendously.

On September 1st, this initial development was capped off by its first public showing at the Seattle Independent Expo. The game met nearly universal acclaim, which reinvigorated my efforts. It was also completely playable by young children, who would finish the demo, gain an understanding of the game of chess, and then ask to play "the real game." This allayed my fears of being seen as trying to "improve" chess, and instead helped me position it as a complement to the game.

Chess Heroes then won a spot at the inaugural Captivate Conference in Austin, Texas during the first week of October. Before the trip, the demo received a lot of polish, a game trailer was put together, and the game was launched on Steam Greenlight. While it didn't earn any awards, it did win a lot of fans, and I came back with a valuable video of people's immediate reactions to the game. Plus, a connection was made with Indie Van Game Jam, who are now planning to visit the studio in February to film an episode of their show.

November saw a massive amount of work put into the game, as well as the introduction of a part-time concept artist. Leif Holt started to contribute artwork and ideas around this time, and I'm excited to see what he'll bring in the future.

After e-mails were exchanged with the head of an elementary school chess club, I decided to add Check and Checkmate to the game, which entailed a huge amount of work. However, this means that the "real game" can be played in Chess Heroes, raising its credibility as a gateway/learning tool for chess. The AI gained numerous improvements [including personality types], "high spaces" were added, players gained the ability to customize their game, almost every bug was fixed, and a lot of polish was added to the game. This culminated in another showing in Seattle at iFest, which cemented the idea that the game was viable while keeping me in contact with the independent developer community in Seattle.

A downloadable demo was launched on a new website the day before Thanksgiving. This was a huge milestone that really boosted my confidence, as it was well received. The goal was to "soft launch" and check for negative feedback or major bugs. Mission accomplished: bugs fixed and no negative feedback received. 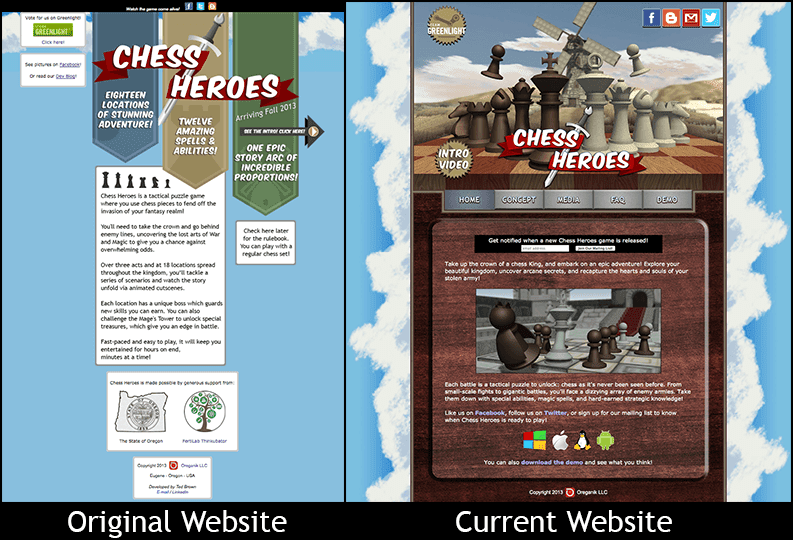 With the demo complete, in December I turned my attention towards a full release of Act 1. I wanted to launch on the Kindle Fire before Christmas, as the game plays well on a tablet, and the Kindle Fire was getting a lot of attention from parents looking to buy their children a console or computer. This required a badly-needed overhaul of the game interface, but instead of one week it took two, and the production schedule could not recover from that hit. 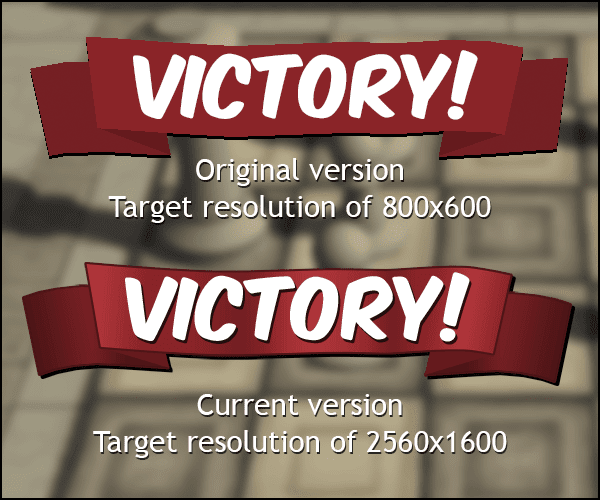 As the month wound down, I buried myself in art creation, rapidly gaining speed in Blender as long-dormant modeling skills woke up. RIght now, I'm averaging 30 hours per scene, from start to finish. I expect this time will go down as I build a library of useful textures, and hopefully the use instances and texture atlases for each stage will keep things GPU efficient. I've also been capturing time-lapse videos of my work, which will be good for marketing and advertising at a later date, and the screenshots I've posted so far have been well received. It feels good to do work that is highly visible and gets immediate feedback, especially at this late stage of of the project. 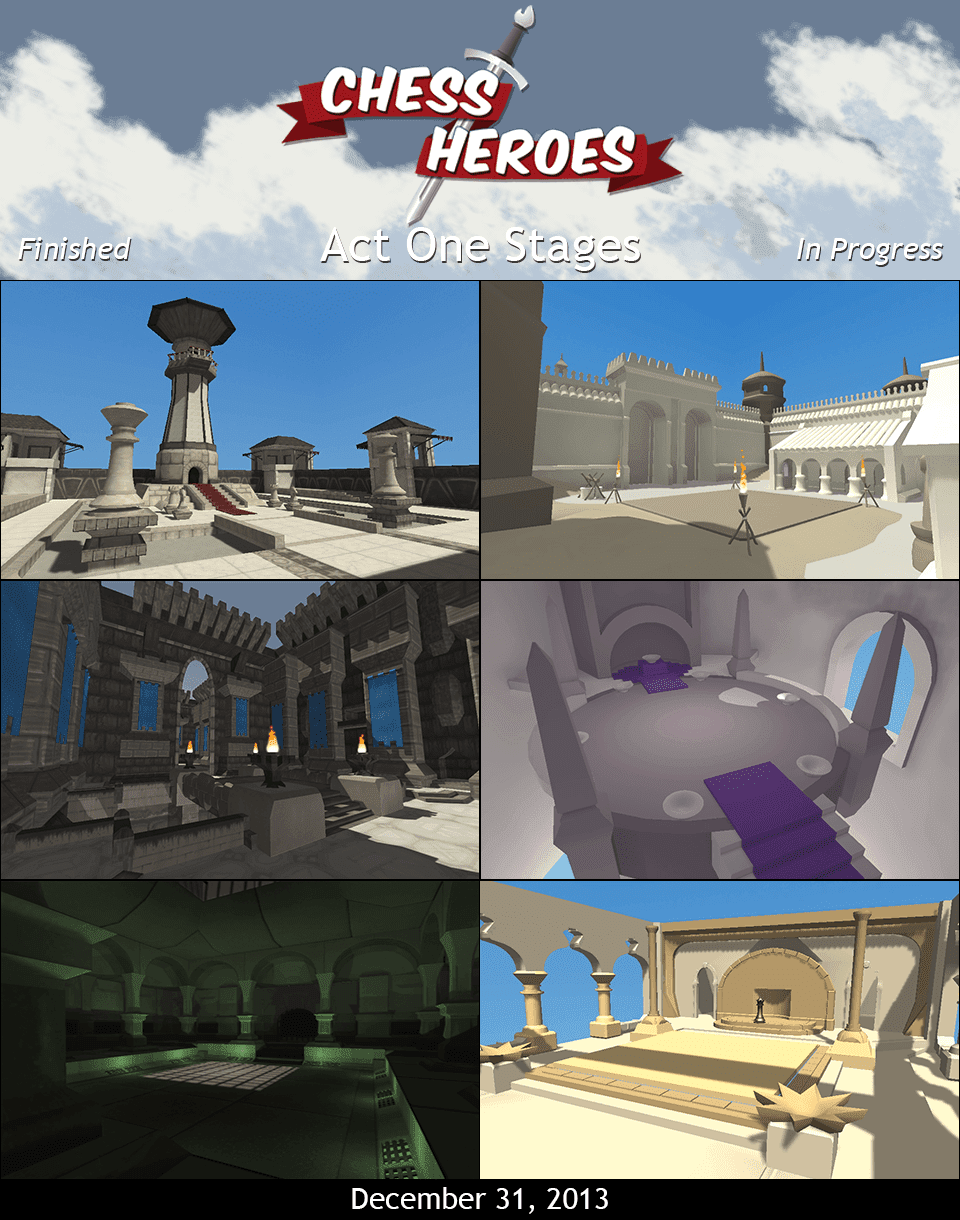 
Despite all of that positive development, my biggest fear is being forced to launch the game before it's reached its full potential. Which could happen, because funding is about to become a major concern. My burn rate is low, thanks to various government programs (self-employment assistance, mortgage payment assistance, food stamps), but that support is about to run out (as it should, IMO: the safety caught me, now I have to climb out). I don't have friends who can bankroll me (nor would I consider asking), and my family has given enough over the years, so I'm exploring various options, mostly crowd funding and business loans.

I'm averse to running a Kickstarter campaign, as it is high intensity (resulting in lost work) and has no guarantee of success. Instead, I'm planning to use IndieGogo to run a "pre-order" campaign, where people can get limited edition goodies and I can get funding to polish the game (specifically, in-game cinematics and musical accompaniment). The goal is to start this in February.

The city of Eugene, Oregon has a business development program, which includes loans offered for several points below market. However, as with all government programs, there is a long time between submission, assessment, approval, and check deposit (two months, minimum). That might be too long to make a difference, and it would require collateral. Had I known about the program earlier, I would have loved to see it kick in now. It may not be a viable pathway now, but I plan to submit an application anyway, as I'm not obligated to accept the loan if approved.

However, I recently completed a programming contract, and another is brewing, so there is reason for hope on that front.


GETTING READY FOR LAUNCH

The next step -- the most important step, really -- is getting Chess Heroes noticed. So the full-court media press will begin in January. Based on my Greenlight feedback (only 33% up voted) and my in-person demo feedback (nearly 100% positive), I definitely have my work cut out for me when it comes to educating people about the game.

If you want to see what the fuss is about, please get the demo at chess-heroes.com, vote for the game on Greenlight, spread the word on Twitter and Facebook, and, of course, send me an e-mail with any feedback or questions.

Despite the fact that nearly two hundred developers live in the city, they rarely leave their "silos" of Zynga, Disney, Pipeworks, and other scattered studios, so I've reached out to indies and students in an attempt to build a dev community here.

A weekly morning cafe meeting was fairly well attended, but "I don't wake up before 10 am" was an excuse I heard too often to ignore! So, look for changes on that front next year.

Finally, I hosted a Ludum Dare jam site in December. About 12 people came through, and at least three games were finished on site: Burning Love (my own contribution), Monogamites, and Molten Progeny. Next year: more jams, including the Global Game Jam in January!

Thanks for reading, and here's to a fantastic 2014.